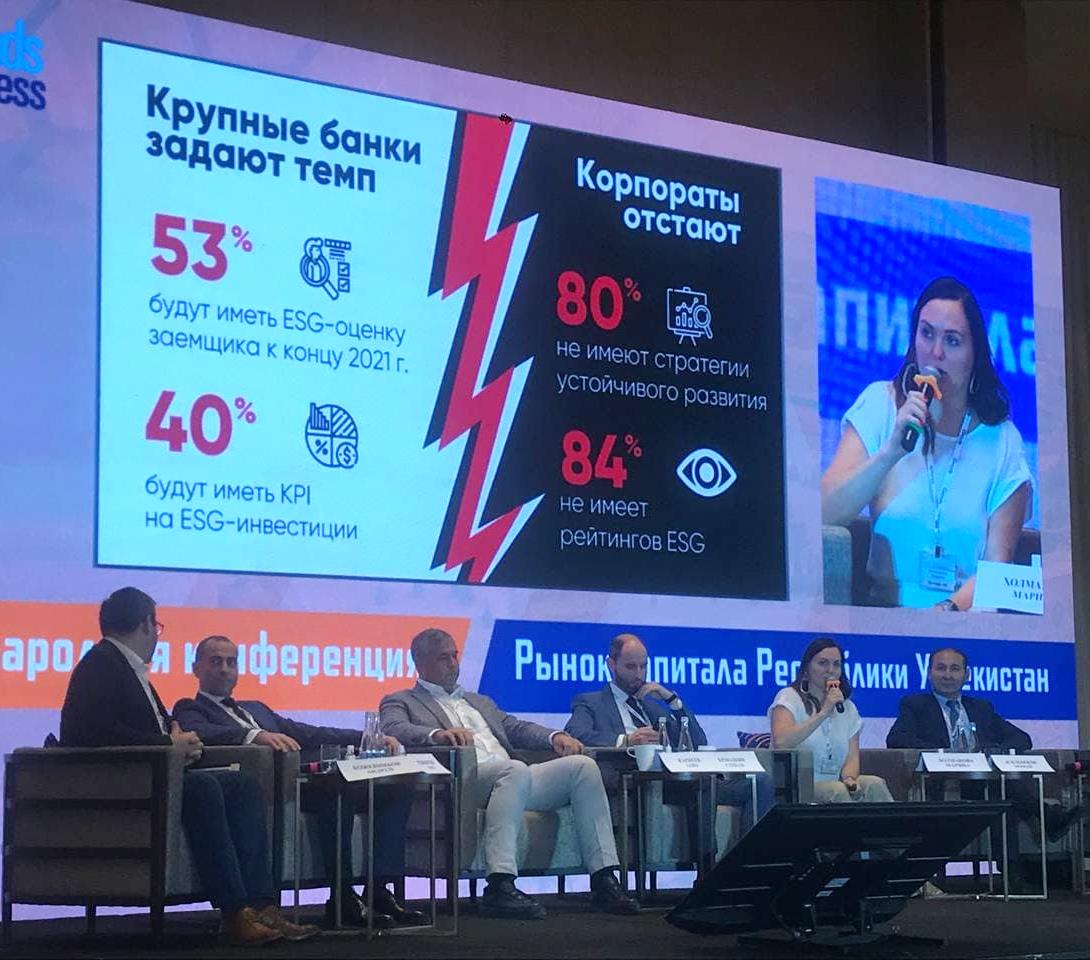 The International conference «Capital Market of the Republic of Uzbekistan», hosted by Cbonds and supported by NAII, was successfully held in Tashkent.

In the event that took place on September 9, 2021  participated about 180 representatives of leading commercial and investment banks, insurance and investment companies, other financial organizations and experts from Uzbekistan, Russia, Kazakhstan, Belarus, as well as heads of Antimonopoly Committee and Ministry of Finance of Uzbekistan.

The deputy minister of finance Mr. Isakov Odilbek, in his welcoming speech, informed the conference participants about the measures taken to develop the country's capital market, including through improvement of the regulatory framework and market infrastructure.

President of Uzbekistan in April 2021 approved “The Capital Market Development Program for 2021-2023” that covers improvement in several areas, defined as fundamental to the development of Uzbekistan’s capital market.

The first plenary session of the Conference was devoted to the infrastructure and regulation of the financial market of Uzbekistan, which was moderated by Bakhodir Atakhanov, Chairman of the National Association of Investment Institutions (NAII). Taking into account the still prevailing state participation in the country's economy, the ongoing measures to improve the efficiency of the state assets management, including the transformation and simplification of the privatization procedures of state-owned companies, were discussed at this session. The National Bank for Foreign Economic Activity of Uzbekistan (NBU) and the Uzbek Republican Currency Exchange (UZCE) gave an overview of their achievements in the securities market and informed about plans for the near future in this direction.

Several members of the NAII - leading investment institutions (Freedom Finance, Ansher, Kapital Depozit) participated as speakers in the session «Domestic securities market of Uzbekistan: plans, prospects, opportunities»,  and discussed in detail the challenges and problems of the market.  Experienced professionals gave several proposals to improve market conditions and to use effectively the capital market potential in the country.

The site has a voice reading feature, select the text you want to hear, and press the button
Нажмите на кнопку ниже, чтобы прослушать текст Powered by GSpeech